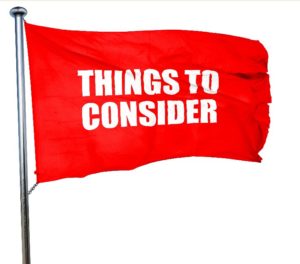 Storm chasers are a special breed of scammers that are pretty much relentless when it comes to trying to portray themselves as genuinely knowledgeable and concerned roofers who are not afraid to go the extra mile to help you out. In reality, they profit from the problems faced by homeowners who may or may not have had their roofs severely damaged during a recent storm. In truth, their skills never really match the exaggerated amounts they ask for, and in most cases you’ll be left having to hire a second roofer to fix the problems caused by your storm chaser.

Experienced roofing companies like CLC Roofing Southlake, dealing with roof leak repair will advise you to take special care to avoid these roofers. Most of them will go around knocking on doors after a storm and showing fake concern about people’s roofs. They will pose as “experts” trying to point out roofing problems that may or may not exist, even before climbing up a ladder to inspect your roof. Also, a significant red flag is that they might not offer a written estimate, and might ask for a lot more than the standard 10% upfront that a legitimate roofer would require.

To avoid storm chasers, keep track of these red flags and make sure you always ask the roofer for information about their license and insurance. Most of them will be discouraged at that point, and they’ll move on instead of insistingly trying to scam you.

With prices continuing to grow, roofing damage is more and more expensive to deal with. Material costs are on the rise and availability is no longer as it used to be before 2020. Overall, the recommendations of your local roof company Southlake area will likely be to...

Incorrect installation of the cover and sometimes incorrect overall roof design are the main reasons for leaks and infiltrations. These lead to the occurrence of several problems, such as: water infiltrations in the attic and the insulating layer of the roof,...

Would a Metal Roof Be Suitable for Commercial and Residential Roofing?

Some roofing materials that are increasingly popular lately among professional Southlake roofers are metal shingles. This is due to their qualities, including nice finishes, particular strength, and durability. The range of metal roof covering systems includes...

You shouldn't postpone the renovation of an old roof. The safety of those who live or work in that building, as well as the building itself, largely depends on the quality of the roof. The absence of a good roof may affect the resistance structure, mainly through...

How to Talk to Your Southlake Roofer About Storm Damage

Nobody wants to deal with storm damage because it affects the roof and puts the building's structure at risk, causing costly repairs and lessening the building's value. Unfortunately, bad weather events are more and more common, even in areas that were not...

How Well Can a Southlake Roofer Handle Preventive Repair and Maintenance?

An experienced Southlake roofer can certainly help you with preventive repair and maintenance, in several different ways. One of the things that a professional roofing team can help you with is the annual inspections which are recommended for keeping an eye on the...

3 Reasons Your Southlake Roofing Contractor Will Advise Against DIY

Roofing is not an easy job. And there are many good reasons why your Southlake roofing contractor will advise against DIY. Although many homeowners may be tempted to believe that DIY will cost them less, the reality can be quite the opposite. For one thing, you have...

Leaks are something that no one wants in their roofing system. But when they do appear, you should not hesitate and rely on a professional roof company Southlake offers for superb roof leak repair services. At any rate, it is very important to be familiar with...

If you want to keep your roof in a good state, you must do a little bit of research about the common problems which may arise and how to solve them. There are several different issues you may experience with roofing in Southlake, TX. One of the most common issues is...

The Advantages of Professional Roof Repair in Southlake TX

It’s hard for many to determine whether they should hire a roofing contractor or try to handle all the work on their own. If your roof is leaking, or you just have a few broken and missing shingles that you’d like to take care of before the weather gets too...